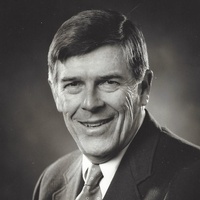 He was born on November 8, 1929, to the former Charlotte Weston and William Stokes Houck. He was raised in Florence and graduated in 1946 from Florence High School where he excelled in sports, particularly football and baseball.

He received his B.S. degree from Davidson College in 1950, and received his M.D. from the Medical University of South Carolina in Charleston in 1956.

After an internship with the St. Louis (MO) City Hospital during 1956-57, Billy married the former Ann Ward of Rock Hill on June 22, 1957.  Billy fulfilled a five-year residency at Duke University in 1962.

Shortly thereafter, he joined the US Army Medical Corps and served his country as a Captain and the Section Chief of Surgery based in Fort Leavenworth, KS.

During that time period, he completed his boards in General Surgery and Thoracic Surgery. He was discharged in December 1964 and spent one year in private practice in Richmond, VA.  He moved home to Florence in 1965 and began a practice in General, Thoracic, and Cardiovascular Surgery that would last until 1990.

Billy maintained memberships in a number of medical organizations, including the prestigious American College of Surgeons, and especially the Southern Surgical Association; he cherished the friendships he made with these doctors from throughout the southeast.

In 1977, he was given a faculty appointment at MUSC Clinical as an associate professor of surgery, and was elected as vice-president of the South Carolina State Board of Medical Examiners.

At the urging of his good friend and state representative Malloy McEachin, he ran for and won SC House Seat 63 in the fall of 1990, and represented Florence County as the only physician in the state House or Senate for two terms.

He spent his remaining 24 years enjoying his family and good friends, either playing golf at his beloved Florence Country Club with Joe, playing tennis with Tommy and Jimmy, catching fish at DeBordieu with Took and Lukie, watching the Gamecocks play football in Columbia with his boys and their Davidson buddies, tending to his greenhouse, or reading anything he could get his hands on.

Along with his parents, Billy was predeceased by his brother, the Honorable Charles Weston Houck.

The family wishes to thank Agape Hospice Care and Tommy Porter who helped tremendously with Billy’s care in the last years of his life.

Funeral services will be 11:00 a.m., Wednesday, November 7, 2018, at First Presbyterian Church with burial following in Mount Hope Cemetery.  The family will receive friends from 5:00 to 7:00 p.m., Tuesday, at Waters-Powell Funeral Home.