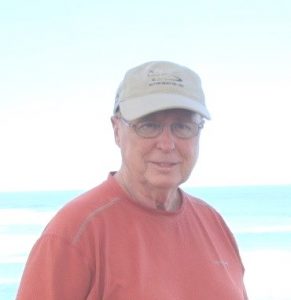 He was born November 7, 1940, in Kinston, NC, to the late Rev. Joseph Graham Morrison, III. and Carolyn Craven Morrison.

In addition to his parents, he was preceded in death by his brothers, Jackson Davis Morrison and Junius Watson Morrison.

After graduating from Davidson College in 1962, he went into the United States Air Force and retired as a Major (Intel Officer) after twenty years of service. Always interested in alternative medicine, he obtained a Doctor of Chiropractic degree from Life University in Marietta, Ga.

Later on in life, he enjoyed working as a financial advisor and retired from Lincoln National after many years of service. Joe’s passions in life were performing magic and playing a myriad of musical instruments for any and all audiences. He was truly the life of the party!

He belonged to the International Brotherhood of Magicians, Ring 9 (Georgia Magic Club), enjoyed Bluegrass music and was an avid player of his Lowery organ.

Burial with military honors will be held at Hopewell Presbyterian Church Cemetery in Burgaw, NC at 11:00 a.m. on November 3, 2018. Winkenhofer Pine Ridge Funeral Home and Crematory in Kennesaw, GA and Quinn- McGowen Funeral Home in Burgaw, NC will be in charge of all funeral arrangements.

In lieu of flowers, any memorial donations can be made to Wellstar Community Hospice ? Wellstar Foundation, 805 Sandy Plains Road, Suite 100, Marietta, GA 30066.

We are so grateful for the loving care they provided him in his final days. Morrison, Joseph Graham

Copyright (c) 2018 The Atlanta Journal and the Atlanta Constitution