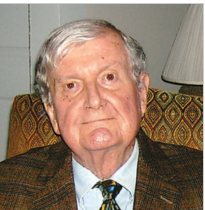 Dr. Cannon graduated from Davidson College, received a Bachelor of Divinity degree from Emory University, and was awarded a Ph.D. in systemic theology by Drew University.

During his studies at Drew, Dr. Cannon served as Minister to Youth at the United Methodist Church in Sparta, New Jersey.

In 1969 he joined the faculty of Rutgers – The State University in Camden, where he was chairman of the department and assistant professor of religious studies.

He later taught at LaSalle University in Philadelphia. Dr. Cannon then joined the Office of Legislative Services, the nonpartisan research unit of the New Jersey State Legislature, where he worked in the education section until his retirement in 2004.

He was a Principal Research Analyst, aide to several commissions and committees in the General Assembly, and served for many years as aide to the Senate Education Committee.

Dr. Cannon had a longtime interest in classical music and served several terms on the Board of Trustees of the American Boychoir School in Princeton, New Jersey. He was a member of Theta Phi theology honor society and Pi Kappa Phi social fraternity.

After moving back to Lavonia, Dr. Cannon served as treasurer of Franklin Community Players and as a member of the Franklin County Library Board.

The graveside service will be held 11:00 a.m. Saturday, October 20, 2018, at the Lavonia City – Burgess Cemetery with the Rev. Dr. Lacey Bowcock officiating. A reception will follow the service at the Lavonia United Methodist Church Fellowship Hall.

In lieu of flowers, the family respectfully requests contributions in his memory to the Southern Poverty Law Center, P.O. Box 548, Montgomery, AL 36101-0548 or www.splcenter.org.

Strickland Funeral Home of Lavonia is in charge of the arrangements. On-line condolences may be sent to the family at www.stricklandfh.com