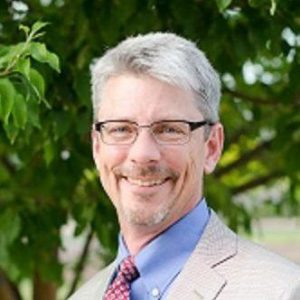 Christopher Charles Westlake, faithful husband, father, brother, son, and friend embraced his Lord and Savior on September 5, 2018, after a courageous and valiant battle with throat cancer.

Chris was born on October 16, 1964, in La Mesa, California, and moved to Bozeman, Montana, in 1969 with his family where they purchased Midwest Welding.

Chris entered Bozeman Senior High School in 1979. There he played varsity tennis and football along with the trumpet. He graduated from BSHS in 1983 as co-valedictorian with a 4.0 GPA.

Chris went on to attend Davidson College in North Carolina where he graduated with a BA in French and a Minor in Economics in 1987. He completed his junior year abroad while attending a school in Montpellier, France. In 1989, Chris went to Naval Officer Candidate School graduating number one in his class. He joined the Naval Supply Corps where he served honorably from 1989 to 1995 with the Naval Nuclear Propulsion Program.

While serving in the Navy in Washington, DC, Chris met the love of his life, Amy, on September 13, 1991. Chris and Amy married on August 28, 1993, at Soldier’s Chapel in Big Sky, Montana. They were happily married for 25 years. While in DC, their first son, Ryan, was born.

Following his service in the Navy, Chris received his MBA from Duke University in 1997 after which he accepted a position with Hewlett Packard in Boise, Idaho. There they added three additional children to their family, Connor, Daniel, and Kathryn. It was also in Boise that the Lord called Chris and Amy to saving faith.

After living in Boise for seven years, Chris felt the Lord leading him to join his dad, brother, and uncle, Val Lint, in the family business, Midwest Welding. So, in 2004, he moved his family to Bozeman, Montana, and served as the CFO until 2009. Chris completed his career doing what he loved and did best; helping people and businesses to thrive as a business consultant from 2009 to the present.

Most importantly, Chris was a faithful man of God, who adored his family and friends. He was a passionate conversationalist who loved to get to the heart of the matter. He had a witty sense of humor and an amazing gift with languages and accents. He was an incredible family man who devoted his life to his wife and children, supporting them in everything that they did.

He coached years of baseball and enjoyed taking tens of thousands of photographs from the sidelines of the many sports activities his children played. He was their biggest fan and greatest supporter. He loved people and would do anything to help them and point them to the Lord. He took great joy in being a Bible Study Fellowship leader for many years.

He is survived by his wife, Amy; children, Ryan, Connor, Daniel, and Kathryn; father, Chuck; mother-in-law, Barbara Jones; brother and sister-in-law, Doug and Robin Westlake; brothers-in-law, Dean and Mark Jones; nieces and nephew, Megan and Madison Westlake, and Matthew Jones. He is preceded in death by his mother, Patricia Westlake, and his father-in-law, Bob (Rial) Jones.

Donations may be made in Chris’ name to Paul Tripp Ministries, 7214 Frankford Avenue, Philadelphia, Pennsylvania 19135.

A graveside service with military honors will be held, Thursday, September 13, at 11 a.m. at Sunset Hills Cemetery, Veterans section. A memorial service will follow at 12 p.m. at Grace Bible Church with refreshments to follow.

Arrangements are in the care of Dokken-Nelson Funeral Service. www.dokkennelson.com