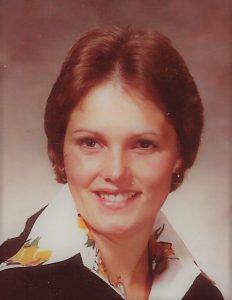 Margaret is preceded in death by her parents Reid and Margaret (nee Garris) Jones Jr.

Those left to cherish her memory include her son, Martin Reid Irvin; and her daughter Dana Brooks Irvin. Margaret had many academic achievements.

She earned her Bachelor Degree from Davidson College and her Master’s Degree from Virginia Tech. She was also a graduate of Mary Baldwin University where she was very active in the Alumni Association.

Services to celebrate Margaret’s life will be conducted 6 p.m. Thursday, June 21, 2018 at Lake View Funeral Home in Fairview Heights, Ill. Friends may gather with the family from 5p.m. until the start of the service.

Memorial contributions in her honor may be made to the Alzheimer’s Association at www.alz.org/donate.