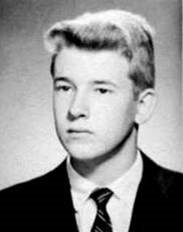 He was born in Greenville, SC on March 6, 1940 to the late Joseph Donald and Elizabeth Gantt Randolph. He graduated from Greenville High School receiving a National Merit Scholarship, and earned a BS in chemistry from Davidson College in 1961.

Following his service in the US Army, Don worked as a chemist for a number of years. In 1998 he suffered a stroke and has spent the time thereafter at a nursing facility in Marietta, SC.

Don is survived by his brother, John Randolph of Knoxville, TN; his son, Thomas Randolph; and grandchildren: Hanna, Thomas, and David Randolph, all of Woodbridge, VA.

A funeral service will be held 2:30 PM Monday, April 30, 2018 in the Markley Chapel at Christ Church Episcopal in Greenville, SC, with burial in the Churchyard immediately following.