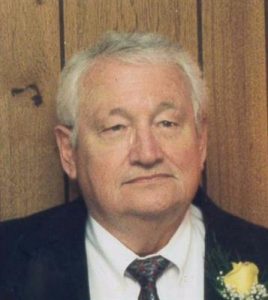 A native of Charlotte, he was son of the late Edward Alexander Brooks, Sr. and Susan Frances Huneycutt Brooks.

Richard was a graduate of Davidson College. He was a Mecklenburg County Police Officer and retired as a Revenue Officer for the state of NC. He was an avid sports fan and loved the Washington Redskins, Atlanta Braves, Davidson Wildcats and Ashbrook Greenwave.

He was a member of First United Methodist Church of Gastonia.

A graveside service will be held at 1:00PM, Thursday at Forest Lawn West Cemetery in Charlotte with Pastor Joe Lawing officiating.

Memorials may be made to Gaston County Humane Society, 114 Sherrill Road, Gastonia, NC 28052.

Condolences may be sent online by visiting www.mcleanfuneral.com

Published in Charlotte Observer on Dec. 5, 2017