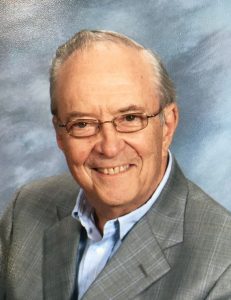 Fletcher White Bright, 86, died peacefully at his home on Lookout Mountain on December 25th, surrounded by his family.

Born to Margaret White Bright and James Gardner Bright on June 27, 1931, Fletcher was a lifelong resident of Lookout Mountain, Tennessee, and a devoted member of the Church of the Good Shepherd, Episcopal, Lookout Mountain, where he served on the vestry, sang in the choir, and regularly lent his fiddling skills to the music program.

He attended the Bright School, McCallie School and Davidson College in Davidson, North Carolina, where he earned a B.A. in Economics and was a member of the Phi Delta Theta fraternity.

After graduating in 1953, he went on to earn his Masters in Business Administration from the University of Chattanooga and his law degree from the McKenzie College of Law. Shortly thereafter, he obtained an MAI designation from the Appraisers Institute in Cambridge, Massachusetts.

Married in 1956, Marshall and Fletcher would make their family home on Lookout Mountain and welcome to the world their five children, George, Lizzer, Frank, Ann and Lucy.

Fletcher joined his father’s real estate firm, Gardner Bright Realtors, and tackled his career with great energy and vision, growing the company from a small residential firm to a full-service residential and commercial development company with offices in Chattanooga and Atlanta. He taught college level classes in real estate, fundamentals of real estate law and real estate appraisal.

Over the decades the name Fletcher Bright has become synonymous with Chattanooga real estate, and his old fashioned “hand shake” style is familiar to anyone who had the pleasure of doing business with him.

One of the world’s great traditional old time and bluegrass fiddlers, Fletcher was a lover and supporter of all things bluegrass, and his vast repertoire of fiddle tunes is legendary.

His interest in music began at a young age, first on the piano, then the violin. Much to his mother’s chagrin, his classical music studies turned to bluegrass when he first heard Bill Monroe on the radio as a student at McCallie School in the 1940’s. Fletcher and fellow classmates Ed ”Doc” Cullis, Frank McDonald, Ansley Moses and Sammy Joyce formed the band that would later become the Dismembered Tennesseans, kickstarting a seventy year journey of music, entertaining, travel and just plain fun.

Over the years Fletcher and the band played at countless fundraisers, church events, parties, weddings, rehearsal dinners and festivals across the country. He held weekly picking parties in his home for decades. He has taught fiddle from coast to coast and in England and Canada. He has produced and co-produced numerous CD’s, and for the past eleven years he has sponsored the free 3 Sisters Bluegrass Festival along with his son George. Fletcher’s passion for bluegrass inspired hundreds of would-be musicians to pick up an instrument and join the party.

Throughout his lifetime he won many awards and honors but perhaps the most meaningful was his recent Distinguished Achievement Award bestowed by the IBMA (International Bluegrass Music Association), recognizing his lifelong dedication to learning, playing and teaching bluegrass music.

Fletcher’s love of music was in no way limited to bluegrass. He was an accomplished jazz and boogie woogie piano player and continued to be an avid student of jazz theory. Walking into his home, one might expect to be greeted by a Bill Monroe tune only to be surprised by a beautiful rendition of “Stomping at the Savoy” or “Satin Doll” on the piano.

Fletcher served on the Boards of The Bright School, McCallie School and the International Bluegrass Music Museum. He was the recipient of the McCallie School Distinguished Alumni Award (2000); the Chattanooga Area Manager of the Year Award (2001); the Tennessee Governor’s Award for the Arts (2005); the Outstanding Philanthropist of the Year Award (2008); the Ruth Holmberg Arts Leadership Award (2016); and the International Bluegrass Music Association Distinguished Achievement Award (2017).

A true Renaissance man, Fletcher pursued his many interests with passion and vigor. He loved bass fishing and took great pleasure in his biannual fishing trips on the Suwanee River.

An accomplished pilot with over 47 years’ experience and 6,500 hours, he held instrument, multi-engine and commercial ratings when he voluntarily relinquished the left seat at age eighty.

But perhaps what brought him the most joy was traveling to Pawley’s Island, South Carolina, with his family and friends, a summer vacation he took for 83 years.

Fletcher’s life was a richly woven tapestry of love, family, music, work, humility, faith, humor and gracious Southern charm. He lived fully, gave freely, and laughed often. We may never know how many lives he touched with his kind and generous spirit, profound wisdom, and teacher’s heart.

He was preceded in death by his parents, Margaret and Gardner Bright; his wife, Marshall Soyars Bright; and his siblings, Ann Bright Govan, Lucy Bright Thatcher, George Thomas Bright and James Gardner Bright.

In lieu of flowers, the family asks that donations in memory of Fletcher be made to the Church of the Good Shepherd, 211 Franklin Road, Lookout Mountain, Tennessee 37350, or the charity of your choice.

The family wishes to thank Mary Jo Guffey, Pam Matthews and John Hartline for their many years of loving and dedicated service to the family.

They would also like to thank BrightStar Care Chattanooga and Prestige Senior Homecare for the competent and compassionate care they provided, especially Bill Gauntt whose steadfast devotion and friendship meant so much to Fletcher and his family.