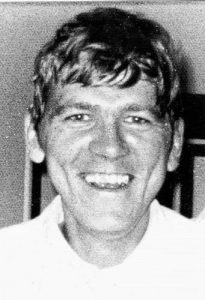 Lawrence Howard Nabors, 66, of Thurmond and formerly of Statesville, went home to be with the Lord on Nov. 21, 2017. He was the beloved son of James Julius and Joyce Lawrence Nabors, whom preceded him in death.

Howard, or “Doc” as most of his friends called him, attended Davidson College and Bowman Gray School of Medicine. He honorably served in the United States Army for five years. Howard completed general surgery training at Baptist Hospital. He completed a trauma fellowship in Birmingham, Alabama. He then became an associate professor of surgery in Jackson, Mississippi.

He was an associate professor of surgery with UVA, in Roanoke, Virginia, prior to becoming a general surgeon in Elkin. He practiced surgery for more than 30 years. For the last 10 years of his life, Howard practiced general medicine.

Howard was saved at a young age and baptized at Western Avenue Baptist Church in Statesville. He was a deacon and active member or Peace Haven Baptist Church prior to joining Marler Road Baptist Church. His love for the Lord was shown daily to his patients, in the loving care that he always bestowed upon them.

Howard’s patients were always a priority in his life, but his love for the Lord shown through his life in their treatment daily. He will be greatly missed as physician, colleague, friend, brother and uncle. Howard died after a brief illness at Forsyth Hospital in Winston-Salem.

Pallbearers will be John Gilleland of Lincolnton, Chris Gilleland of Denver, Andrew Hethcox of Statesville, Kermit Smith of Boone, Travis Spicer of State Road, Mark Green of Thurmond and Jeff Flynn of Hamptonville.

The family requests in lieu of flowers, memorials are made to the Hugh Chatham Memorial Hospital Foundation, Elkin, or Shriners Children’s Hospital  “Alec”. Nicholson Funeral Home has been entrusted with the arrangements.

A special thanks to Dr. Lori Kellam, whom he thought the world of, and Dr. John Hoyle.

Thank you to the other physicians and nurses involved in his care that, just like “Doc,” exemplified kindness and compassion.

Condolences may be sent online to the family to www.nicholsonfunerals.com. Nicholson Funeral Home is entrusted with the arrangements.