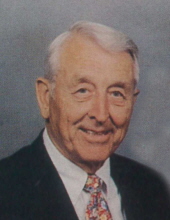 He was educated in the Gastonia public schools and was a graduate of Davidson College and the Duke University School of Medicine. He was a member of First Associate Reformed Presbyterian Church in Gastonia, where he served as an elder, taught Sunday School, and sang in the choir.

During World War II, he served in the U.S. Army in the European Theatre of Operations. Dr. Whitesides married George Anne Robertson of York, S.C. in 1948 and they initially lived in Durham while he was in medical school. Following the completion of his medical education and training, they moved to Gastonia, where he practiced orthopedic surgery for more than 40 years. They had been married for more than 60 years at the time of Mrs. Whitesides’ death in 2009.

In 2010 he married Margaret, a long-time friend of Dr. Whitesides and George Anne. Up until Dr. Whitesides’ final illness, the couple divided their time among Windy Ridge Farm, Wedgefield, S.C. and Bennetts Point, S.C., where they were instrumental in the founding and construction of the Bennetts Point Interdenominational Chapel.

In addition to his medical practice in Gastonia, Dr. Whitesides was deeply committed to medical mission work in Haiti. Beginning in the 1970s, his involvement included arranging the shipment of hospital equipment to a newly built 50-bed hospital in Bonne Fin.

That hospital would be known as the Hospital of Light. Several times a year for many years, Dr. Whitesides and his medical partner Dr. Robert Blake traveled to Bonne Fin to treat the impoverished people of Haiti.

Dr. Whitesides was instrumental in the creation in 1987 of Lumiere Medical Ministries, a Christian non-profit that today supports Christian medical missions across Haiti. At the time of his death, he was a director emeritus on Lumiere’s board of directors.

His last visit to Haiti was in 2010 to attend the ribbon-cutting ceremony for a new hospital, King’s Hospital in Port-au-Prince, of which Lumiere Medical Ministries is a supporting partner. During that visit, the “Great White Doctor,” as he was often called by patients, had a joyful reunion with many Haitian friends, some of whom he had not seen in 25 years.

During his time practicing in Gastonia, he served on a number of medical boards and committees including the Board of Governors of the American Academy of Orthopaedic Surgery; member and vice-chair of the Board of Gastonia Health Care; and Chief of Staff of the former Gaston Memorial Hospital, today known as CaroMont Regional Medical Center.

Dr. Whitesides was also instrumental in the organization of the Fellowship of Christian Athletes chapter in Gastonia. For years, he, along with his wife and daughters, attended the FCA summer camps near Black Mountain, N.C. He also served as the team doctor for local high school football games.

A man of many interests, he was an avid hunter, fisherman, trainer of dogs and horses, farmer and gardener. He played the piano and he sang for many years with the Gastonia Choral Society.

He also enjoyed making Southwestern Native American turquois-and- silver jewelry, which he would sign “EZW” — for the whimsically self-named “Edward Zuni Whitesides.” He owned and piloted an airplane, having learned to fly in self-defense, fearing what might happen if something befell one of the pilots of the little two-seater planes used in flying him to and from in Haiti.

In addition to his first wife George Anne, he was predeceased by a sister, Anne Whitesides Alexander.

The family extends its heartfelt gratitude to the staff of the Wayne T. Patrick Hospice House for the tender care and comfort provided to Dr. Whitesides during his final days.

A celebration of his life will be held at First ARP Church, 317 South Chester Street in Gastonia at 1:00 p.m. on Thursday, November 2, 2017. The family will receive friends at the church following the service. Burial will be private.

Condolence messages may be sent online at www.McLeanFuneral.com.

McLean Funeral Directors of Gastonia is serving the Whitesides family.