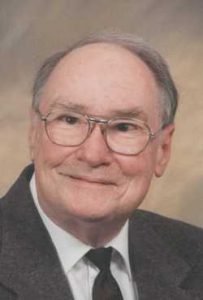 Mr. Voils was a U.S. Army veteran, having served in the Korean War. He received his bachelor’s degree from Davidson College and was retired from National Starch as their head chemist.

In addition to his parents, he was preceded in death by his wife, Helen Morgan Voils; and infant twin brother, Thad Voils.

The family will receive friends Friday, Oct. 13, from 10 to 11 a.m., with a service following at 11 a.m., at First Presbyterian Church, with the Rev. Dr. Dave Rockness officiating. Burial at Glenwood Memorial Park will follow the service.

Cavin-Cook Funeral Home and Crematory of Mooresville is serving the Voils family. Condolences may be made to the family at www.cavin-cook.com.