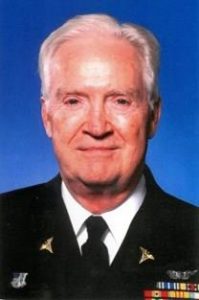 He was the oldest of five children.

He was preceded in death by his sister, Rebecca Dillingham Lovelace; and brothers, Richard Dillingham and William Dillingham.

He is survived by his sister, Patricia Dillingham Brown of Christiansburg, Va.

The father of six children, he was preceded in death by his sons, Rex H. Dillingham III and Phillip Dillingham.

A graduate of Lancaster High School, he earned his bachelor’s degree from Davidson College and his doctorate from the Medical University of South Carolina. After several years in a family practice with John Willis, M.D., in Lancaster, he moved to Columbia and opened a practice that became the largest single doctor family practice in the state.

Recognizing the need for health care access for all, Dr. Dillingham was a frequent volunteer at the Columbia Free Clinic. He also contributed to the education of others by opening his practice to the students of the USC Medical School for their family practice rotation.

Rex somehow found time to support and participate in the Columbia arts community. He served on the board for the Columbia Music Festival Association and appeared on stage in several productions including “Annie,” “Hello Dolly” and “The Nutcracker.”

In addition to his service as a medical physician, Rex proudly served his country in the armed forces. He joined the Air Force during the Vietnam War and staffed helicopter rescue units. Upon returning to the states, he became a reservist in the Army. He was on active duty during Desert Storm and other assignments. He retired with the rank of Colonel.

Recently, Rex became a resident of Orange Park, Fla., to be with his companion, Nancy Labry.

A graveside service will be held Monday, Sept. 18, in Fort Jackson National Cemetery (I-20 – Exit 80 South on Clemson Road, left on Percival Road). A reception will follow at CMFA on 914 Pulaski St., Columbia.

In lieu of flowers, the family requests that donations be made to Episcopal Relief and Development or to CMFA.