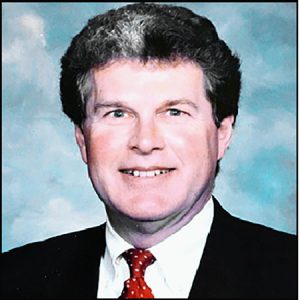 James Norman Pease, III, age 72, passed away in Atlanta, GA on September 25, 2017, having led a remarkably full life even while he battled cancer for the past six years.

Born May 8, 1945, in Charlotte, NC, Norman attended Myers Park High School and then Davidson College. He was a member of the Kappa Sigma Fraternity and Army ROTC. It was there that he met his future wife of 49 years, Sidney Walker, a student at Queens College.

After graduating from Davidson, Norman completed Officer Candidate School in 1968, served in the Vietnam War and attained the rank of Captain. He and Sidney settled in Atlanta in 1970.

With Norman, no one was a stranger for long, and he created life-long friendships through a variety of activities such as ALTA tennis, Rotary Club, and as a greeter at Peachtree Presbyterian Church. He was fond of his co-workers at Leased Vehicles and then LeasePlan USA where he was known as a person of exceptional integrity and loyalty.

Some of his most cherished activities included attendance at the sporting events of his sons and yearly family beach trips where he would bask in the sun with a good book and stroll the beach to catch up with old friends. Family and friends could count on a laugh from his dry wit and punchy one-liners.

He was preceded in death by his parents, James Norman Pease, Jr. and Mary Carson Jones Pease, both of Charlotte, NC, and granddaughter, Johanna.

Norman will be remembered for his warmth, upright character, good humor, and genuine kindness.

Services will be held in Atlanta at Peachtree Presbyterian Church on Tuesday, October 10, 2017, at 11am. Reception will follow at the church.

The family would like to extend gratitude to the doctors, nurses, and staff of the Emory Winship Cancer Institute for their support and care during his courageous battle with cancer.

In lieu of flowers, donations can be made to the Winship Cancer Institute of Emory University (www.winshipcancer.emory.edu) or Hospice Atlanta Center (www.vnhs.org).

Published in Charlotte Observer on Oct. 1, 2017