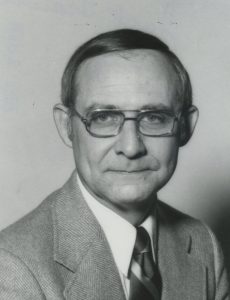 Jack Elliott Trawick, 80, of Winston-Salem, NC, passed away on July 8, 2017, at Forsyth Medical Center. Jack was born in Macon, GA, the third of four children of Benton Jenkins Trawick and Lottie Donaldson Trawick.

He was preceded in death by his brother, Benton James (Jay) Trawick.

He is survived by his sister, Jeannine Trawick Alley, and brother, Harry Wayne Trawick and sister-in-law Marlyn Utley Trawick, all of Macon, GA.

Jack was a 1957 graduate of Davidson College, a Lieutenant in the United States Navy, and a dedicated journalist, who retired as Assistant to the Publisher at the Winston-Salem Journal.

As a reporter, he participated in the Journal’s 1971 Pulitzer Prize winning coverage of the effects of strip mining in the Appalachian region.

In lieu of flowers, memorial gifts may be made to Parkway Presbyterian Church.