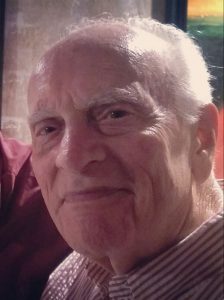 Kenneth Lee Bumgarner, 82, passed away Monday, March 13, 2017, at Frye Medical Center in Hickory. He resided in Hickory at the time of his passing.

He was born Sept. 24, 1934, to the late Russell Lee and Catherine Smith Bumgarner, in Hickory.

Kenneth was a long-time member of the Waldensian Presbyterian Church, where he served as an Elder and taught Sunday school for many years.

He was a member of the LPDA (LePhare des Alpes) in Valdese. He attended Valdese High School, Davidson College, earned a BA in History at Lenoir-Rhyne in 1958, and a Masters in Education at the University of North Carolina in 1965.

He began a teaching and coaching career in Shelby, and was head football coach at Boyden High School in Salisbury. He moved on to an extended career in pharmaceutical sales and sales management with Ortho Pharmaceutical, a division of Johnson & Johnson.

He later founded and ran several small businesses, culminating with Omnidex Products, Inc., where he was CEO for many years until the time of his passing. The graveside service will be held at 1:15 p.m., Saturday, March 18, at the Waldensian Presbyterian Church Cemetery.

Online condolences and memories may be left at www.heritagefuneralservices.com. Arrangements are made through Heritage Funeral Service of Valdese.