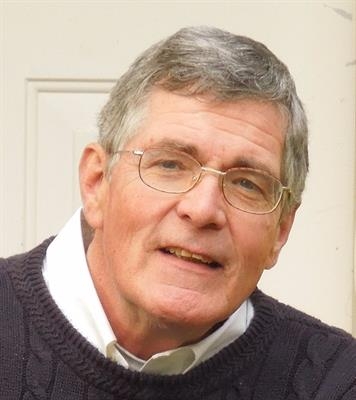 Reid Garrett Hinson, 60, died unexpectedly on December 20, 2016 at his home in Charlotte.

Reid was born in Rockingham, NC on Nov. 11, 1956 to Robin Ledbetter Hinson and Frances Garrett Hinson, both of whom preceded him in death.

Reid grew up in Rockingham, Raleigh, and Winston-Salem. He was a 1974 graduate of RJ Reynolds High School, and a 1978 graduate of Davidson College. He then became a US Naval Officer for 5 years, retiring as Lt. Commander. During his Navy time he was Navigator as well as Gunnery & Assistant Combat Systems Officer on the destroyer USS O’Brien, and Professor of Naval Science at Mass. Maritime Academy.

Reid then attended UNC Law School, where he won American Jurisprudence Awards in Admiralty and Legal Research and Writing. He was admitted to the NC Bar in 1986.

Reid began his legal career in Wilmington, NC, first as associate and partner with the Murchison, Taylor firm, and in 1991 as partner with Clark, Newton, Hinson & McLean.

He managed his firm while also being lead counsel in cases and appeals at all NC trial and appellate court levels, the Armed Services Board of Contract Appeals, and the US Court of Appeals. Reid was a member of the Southeastern Admiralty Law Institute.

>In 1999, he relocated to Charlotte where he had his own general practice before joining the City Attorney’s Office in 2005. Beginning in 2006 he retired from active practice but continued to take document review projects until full retirement.

Reid was fond of saying that he “grew up in the country” in Richmond County, where he acquired his love of the outdoors, animals, general mischief, and driving any vehicle or piece of equipment which could be driven. His love of water began at Camp Sea Gull, and he became an expert boat captain and sailor.

While in the Navy he earned his private pilot license and enjoyed flying. Reid was musically gifted, and was a pre-teen prodigy as a bluegrass and old-time guitar player and singer.

At the age of 13, he hitchhiked to Deep Gap, NC, where he played music with Doc Watson and the Watson extended family, becoming adept at Doc’s singular cross-picking style. The old folks were quite impressed by his talent and taste.

Reid went on to perform solo, and with the “old timers” and others at festivals across the South. He worked as a studio musician in NY for friends on several important albums and later formed his own band locally.

Reid’s moral compass unerringly pointed to honor, integrity and, above all, kindness. His greatest gifts to his loved ones were his big and loving heart, keen intellect, and spirit of adventure and fun. Thank you, Reid.

A Memorial Service for Reid will be held at Providence United Methodist Church at 11:00 a.m. on Thursday, December 29.

In lieu of flowers, please consider donations to Habitat For Humanity, The Wounded Warrior Project, or other charity of your choice.

Robertson Funeral and Cremation Service is serving the family.