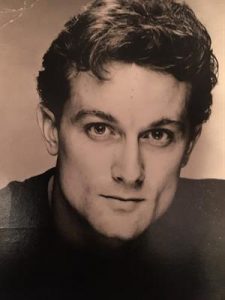 Todd fought double hit lymphoma and it’s effects valiantly for three and a half years. He was strong and courageous until the very end and he never lost faith in his God that he loved so much.

Todd was an honor graduate of Clarke Central High School in 1980. He attended Davidson College in North Carolina for two years and then transferred to Florida State to pursue his true passion of acting. After graduation he was accepted for a year’s internship at Bert Reynold’s Dinner Theater in Jupiter, Florida.

After this training Todd went to New York and immediately began booking several commercials and a few off Broadway productions.

Following a year long tour of Biloxi Blues, Todd decided to move on to Hollywood. This is where he began his TV and film career. He had guest shots in Doogie Howser, M.D., Growing Pains and over forty televisions shows as well as films such as The Perfect Storm, Planet of the Apes and Hildago.

As much work as Todd did, he will always be recognized for playing “The Communist” in a popular episode of Seinfield and was named in Rolling Stone Magazine’s top 100 characters of all time. In 2010 Todd began what would be the greatest roll of his life.

He married into a ready made family including 2 young sons and then they added a son of his own.

Todd is survived by his wife Lisa(Andizzoni)Kimsey and sons Jack, Judah and Kellen of Los Angeles, Ca.; his parents Linda and Bill Kimsey of Athens, Ga.;sister, Terri Langford and husband, Jon of St. Simons, Ga.; sister, Tracey Evans and husband Rick of Colbert, Ga.; and brother Dr. Troy Kimsey and wife Bethany of Knoxville, Tenn.; Todd is also survived by his thirteen nieces and nephews, many cousins and several aunts and uncles including his beloved Aunt Jane of Athens, Ga.

There will be a celebration of life in honor of Todd on Friday, October 14, 2016 at 6:00p.m. in the Fellowship Hall of the First Baptist Church of Athens.