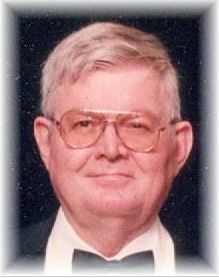 Richard N. Booth, age 73, passed away Monday, August 08, 2016 at his residence. Mr. Booth was born in Horry County, SC, a son of the late Clyde Nelson and Inez Gore Booth.

In addition to his parents, he was also preceded in death by his sister Catherine Johnson.

Mr. Booth was a member of the Boy Scouts of America where he became an Eagle Scout and received the God and Country Award. He continued to work in scouting for many years of his life.

Mr. Booth was a graduate of Conway High School, Davidson College, and also The University of South Carolina School of Law. He was a US Army Captain who proudly served his country during the Vietnam War in the Judge Advocate General’s Office. While serving in the US Army, Mr. Booth received the following commendations: National Defense Service Medal, Army Commendation Medal, Vietnam Service Medal, Vietnam Campaign Medal, Bronze Star Medal, 2 O/S Bars, and the Army Commendation Medal.

Mr. Booth was a practicing Attorney in Conway for many years and was a member of Trinity United Methodist Church.

He was also an avid Ham Radio Operator.

A funeral service will be held at 11:00 AM Thursday, August 11, 2016 at Trinity United Methodist Church with Dr. William R. Childs officiating. Entombment will at Hillcrest Mausoleum Chapel.

The family will receive friends one hour prior to the funeral service at the church.

The family would like to thank Dr. Charles Sasser and the caring and dedicated staff of Lower Cape Fear/Mercy Care Hospice, and Mr. Booth’s caregiver, Judy Surrette.