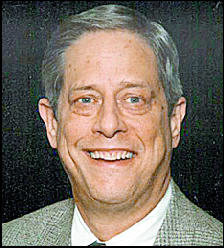 Dr. Kenneth Dale Owen, Sr. passed away peacefully at home on November 16, 2015. A native Charlottean, he was born May 9, 1938, the oldest child of Dr. Olin and Ruth Watlington Owen. “Dr. Kenneth” graduated in 1956 from Myers Park High School where he was senior class president and captain of the basketball team. He continued his basketball career at Davidson College, graduating in 1959.
Before finishing college, he married his childhood sweetheart, Lura Carnes, in 1958. After completing dental school at UNC-Chapel Hill in 1963, Dr. Owen served in the US Army Dental Corps. until 1965. He continued his military service as a reservist, attaining the rank of Captain.
In 1972 he completed his M.Sc.O. in orthodontics at UNC-Chapel Hill, then joined his father, Dr. Olin Owen, in his orthodontics practice in Charlotte and, eventually, Albemarle. Dr. Owen led and served the dental community in numerous ways.
He was President of the North Carolina Dental Society, North Carolina Second District Dental Society, Southern Association of Orthodontists, North Carolina Association of Orthodontists, Dental Foundation of North Carolina, and UNC Orthodontic Alumni Association. A founding member of the Holiday Dental Conference, he was General Chairman for 22 years.
In 2012, he became Executive Director of the Charlotte Regional Dental Health Foundation. He began his instrumental leadership with NCMOM-Charlotte, providing free dental care to thousands of Charlotte residents annually. He was passionate about giving back to the community with this dentistry outreach program.
A lifelong member of Myers Park United Methodist Church, he served on the Administrative Board and chaired an usher committee for 42 years.
He is survived by his loving wife of 57 years, Lura Carnes Owen; son, K. Dale Owen, Jr. and his wife, Amy F. Owen; daughter, Aven Williams and her husband, Hank; grandchildren, Alex, Lindsey and Gracey Owen and Rebecca and Whit Williams, all of Charlotte; his brother, Michael Owen and wife Betsy of Del Ray Beach, FL; his sister, Margaret Owen Blackstock of Atlanta; and her sons, Towner Blackstock and his wife Holly, Michael Blackstock and his wife Tara, and Kendrick Blackstock.
In addition to his parents, he was predeceased by his brother-in-law, Jerry Blackstock.
A celebration of Kenneth’s life will be held at 2:00 PM at Myers Park United Methodist Church, 1501 Queens Road, Charlotte NC 28207, on Saturday, November 21, 2015. The family will receive friends following the service in Jubilee Hall. Burial will be private.
Special thanks to Dr. Daniel Hagstrom of Levine Cancer Institute for his unwavering care and support. ComForcare Home Care and Hospice of Charlotte were invaluable in fulfilling our father’s wishes to stay at home.
In lieu of flowers, memorials may be made to Dr. Kenneth’s passion: the free dental clinic, Charlotte Regional Dental Health Foundation NC MOM-Charlotte Project, 497 North Wendover Road, Charlotte, NC 28211.

Arrangements are in the care of Hankins & Whittington Funeral Service; please share condolences online at www.hankinswhittington.com.