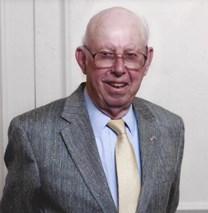 A memorial service will be held at 11:00 AM on Saturday, November 21, in the sanctuary of First Presbyterian Church, where he was a member and an elder. The family will greet friends in the Virginia Gilmer Room following the service.

Mr. Millikan was president of Pomona Corporation for over two decades and served on many corporate and nonprofit boards. He had a special passion for the mission of Greensboro Urban Ministry, and served on their board for many years. He was honored to be a life member of the YMCA Metropolitan Board. He also served in the U. S. Army during World War II.

Of utmost importance to him were his faith, his family and his dear friends.

In lieu of flowers memorials can be made to Greensboro Urban Ministry at 305 West Gate City Blvd., Greensboro, NC 27406.