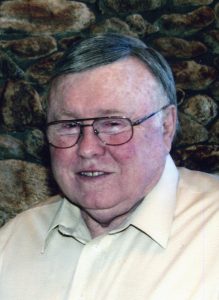 Mr. Groves was a former mayor, City of Gastonia, and a former city councilman and mayor pro-tem. A pioneer civil rights advocate, he was part of the leadership that brought about early and orderly integration in Gastonia in the ’50s and ’60s.

He was the first chairman of the Gaston County Human Relations Commission. He served for 28 years as a Trustee of the National Recreation and Parks Association, five years as its chairman.

He was the first recipient of their Distinguished Service Award. He served as Chairman of the Gaston County Recreation Commission, Chairman of the Blue Ribbon Task Force which helped determine the location of the new courthouse. He was a delegate to the Democratic national Convention in 1964.

A legend among turkey hunters, he was recognized in 2006 when he bagged his 500th trophy wild turkey gobbler. In a lifetime of turkey hunting he authorized two books on turkey hunting. A longtime director and officer of the National Wild Turkey Federation, he served as President, Chairman of the Board and its National Treasurer.

He was the first recipient of the NWTF Distinguished Service Award and was the first to receive its highest recognition, the Five Star Award.

A volunteer football coach for 50 years, he coached and help coached the Pop Warner Little Orangemen, McAdenville Dolphins, North Gaston, Ashbrook, and South Point. Teams that he coached won 32 League, State and National Championships. He is a member of the Gaston County Sports Hall of Fame.

On behalf of the Groves family, he spoke at the dedication of Groves Stadium at Wake Forest University in 1967.A businessman, Groves was President and Treasurer of Groves Thread Company. He built the Groves #3 Spinning Mill in 1954. He was founder and President of Dallas Sports Knitting and Mason Athletic Company.

He was President of NewSouth Athletic and President of Weymouth Management Corporation.He served on the Gaston County Economic Development Commission and as its Chairman.

He was a Trustee of Gaston College for 25 years and a Trustee of Gardner-Webb University. Ordained as a deacon in 1961 and has served as Chair of the Diaconate at First Baptist Church, Gastonia.

A veteran of World War II, he served in the Navy in 1945 to 1946 as Electronic Technician 3/C. He is a graduate of Davidson College where he was Valedictorian, Class of 1950 and member of Phi Beta Kap-pa.

Condolences may be sent online at www.mcleanfuneral.com