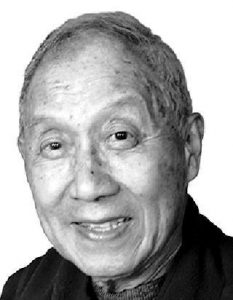 Alfred Shih-p’u Wang  passed away peacefully on Sept. 20, 2015, in Missouri City, Texas, at home and surrounded by his wife of 54 years, Veronica, and his two daughters, Dorothy and Lisa. He was Associate Professor Emeritus of English at East Carolina University (ECU) in Greenville, N.C., where he had taught in the Department of English for 27 years. Wang published several articles on American literature and comparative literature in such journals as Literature and Medicine and Walt Whitman Review. From 1990 to 1996, he served on the North Carolina Humanities Council.

Wang and his wife, whom he met his senior year in 1957, while she was attending nearby Queens College, were one of the rare Chinese nationals not only to earn Ph.D.s in English Literature at an American university but also to teach as American college professors in that field in the era before the normalization of relations between the United States and the People’s Republic of China (and were likely the sole husband-and-wife couple from China who taught English literature at the college level in the United States in that same period).

They were also one of the first academics to teach and publish in the new field of Asian American literature.

His favorite professor was the legendary English literature teacher Henry T. Lilly. Perhaps Wang’s most striking memory of his Davidson years was his having spent the evening in conversation with former First Lady Eleanor Roosevelt during a dinner at President Cunningham’s house in November of 1956.

Wang landed in a pre-Civil Rights Davidson and North Carolina; he was one of the very few nonwhites attending the all-male college. He later told his daughters how surprised he was by the signs that read “White” and “Colored” in the bus station (the missionaries had somehow failed to inform him about Jim Crow) and how shocked and appalled he was by writings in the local newspaper regarding African Americans.

Wang had made a perilous and uncertain journey to attend college in the United States at the height of the Cold War. He arrived after the start of the fall semester in 1955, during Homecoming Weekend, from China by way of Hong Kong. His permission to enter was granted only after the personal intervention of John Foster Dulles at the State Department. (The headline on the front page of the Oct. 21, 1955 issue of The Davidsonian read “Chinese Student Eludes Reds for D.C.”)

Wang was born March 16, 1931 (lunar calendar) in Yantai (Chefoo), China, the son of Wang Chen-dong and Lin Yu-ying. He was a third-generation Presbyterian, his paternal grandmother having been converted by American missionaries at the end of the nineteenth century. His father and aunt held leadership positions in the YMCA/YWCA in China, and Wang began to learn English at an early age.

He grew up and lived under the shadow of the Japanese occupation of China: an older brother, a guerilla fighter, was killed in the anti-Japanese struggle; Wang’s father was briefly imprisoned by the Japanese and the family subsequently fled to Shanghai. Wang graduated from the prestigious high school of St. John’s University in Shanghai.

In Shanghai he met Frank Wilson Price (Davidson class of 1915 and the first Editor-in-Chief of The Davidsonian), an American missionary who became a beloved and respected mentor and was the reason Wang chose Davidson.

He left China in 1952 for Hong Kong, where he enrolled in Chung Chi College (later incorporated into the Chinese University of Hong Kong), as he waited for permission to enter the United States.

After Davidson, he and Veronica worked for two years in New York City, where they were married in 1961. They then earned Ph.D.s in English literature at Tulane University in New Orleans in 1967 before taking up positions as Assistant Professors at ECU that same year. They lived for 34 years in Greenville, N.C. where they raised their daughters.

Their older daughter, Dorothy, is an Associate Professor who teaches English literature at Williams College in Massachusetts; their younger daughter, Lisa, is a pediatric oncologist at Texas Children’s Hospital. Wang was an artistic spirit who loved literature and music, especially Beethoven, Mozart, and Brahms; he also had a deep sense of social justice. He is deeply missed by his family.

Wang is survived by his wife and daughters, his grandson Henry Wang Steinbauer, two sisters, a brother, and five nieces and two nephews.