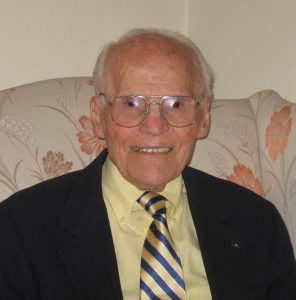 Native of Spartanburg, SC, Col. Caldwell was the son of the late James Bryson Sr. and Lillian Covington Caldwell. He graduated from Davidson College and joined the Marine Corps in Quantico, VA, in 1942.

Col. Caldwell served in World War II and the Korean War earning the Navy Cross and Purple Heart for his heroism in Iwo Jima.

During his long military career, Col. Caldwell was an instructor at both the U.S. Military Academy at West Point and Senior School in Quantico, VA until 1962.

He was assigned to the Operations Branch, G-3 Division, Headquarters Marine Corps from 1962-1963. Col. Caldwell then became Director of Marine Corps History from 1962-1973, when he retired with the rank of Colonel.

Also surviving are his three children and several grandchildren.