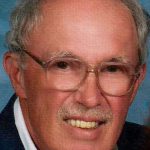 William “Lyman” Dillon Passed away November 29, 2014 after a twenty year battle with Parkinson’s Disease. He was born March 24, 1942 in High Point, NC, where he grew up. Lyman graduated from Davidson College in 1964 and Duke Law School in 1967. After serving in the U.S. Army, he moved to Atlanta, GA in 1970, where he was employed as an attorney with the law firm of Hansell, Post, Brandon and Dorsey. He became a partner in his firm in 1975. In 1989, his firm merged with Jones Day, where Lyman practiced until his retirement in 1998.

A Celebration of Lyman’s Life will be held at 2:00 p.m. on Saturday, December 6, 2014 at Palms Presbyterian Church, 3410 South Third Street, Jacksonville Beach, FL, followed by a reception.