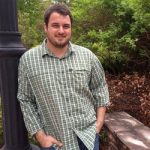 Frederick Riley Sisson left us on September 1, 2014 at the age of 25. Born in Atlanta on July 28, 1989, Riley grew up in Fayetteville, GA and graduated from Whitewater High School as the salutatorian in 2007, attended Davidson College and played football as an O-lineman, attended UGA and graduated from Kennesaw State. He was beginning a Masters of Social Work graduate program at KSU.

Those who knew Riley understood he was exceptional. Often drawn to him first by his wit, one soon saw his heart-a big heart- one that embraced all good people. Riley was funny, smart, big and lovable. He was a talented musician and music brought him great joy. His empathy for others, particularly those with struggles and hurt, taught us all a lesson in selflessness.

Indeed, he taught us many lessons in his years and his loss will be felt deeply by many. To lose a person so young and so kind and with so much to offer the world is heartbreaking. So we celebrate the happy times and encourage all to reach out to those you love and tell them how wonderful it is to have this time together. We will celebrate Riley at 2 pm on Sunday, September 7 at the Prince of Peace Lutheran Church in Fayetteville.

In lieu of flowers, the family suggests contributions to the International Obsessive-Compulsive Foundation, Inc. PO Box 961029, Boston, MA 02196, an organization in which Riley and his mother have been actively involved. Carl J. Mowell & Son Funeral Home, Fayetteville-www.mowellfuneralhome.com