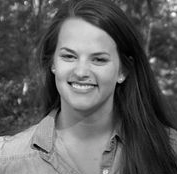 Mary Warner Mack, 23, of Fort Mill, South Carolina, passed away suddenly on July 3, 2014. She is survived by her parents, Barry and Mary Mack; sisters, Libba and Bayles, all of Fort Mill; grandparents, Joan D. Tabb (Augusta, GA), Joanne A. Mack and B. Bayles Mack (both of Fort Mill). She was predeceased in death by her grandfather, Warner L. Tabb, Jr., for whom she was named. She is also survived by her very special love, Will Duncan of Lexington, KY. Many aunts, uncles, cousins, and friends adored being part of Mary Warner’s life and will hold her in their hearts forever.

As a teenager, she was a competitive gymnast, winning the South Carolina All-Around state title. In 2006, she represented the state of South Carolina at the USA Gymnastics Regional Championship. Mary Warner enjoyed reading, learning, sailing, traveling, and Clemson football games. She was an avid runner and took great pleasure in spoiling her golden retriever, Ava. Mary Warner was a member of St. Paul’s Episcopal Church.

A memorial service to celebrate her life will be held at 3 p.m. on Sunday, July 6, 2014, at Unity Presbyterian Church. A reception will follow the service. Memorials may be made in memory of Mary Warner Mack to the Clemson University Foundation, P.O. Box 1889, Clemson, SC 29633-1889; or to the Anne Springs Close Greenway for the establishment of the Mary Warner Mack Memorial Dog Park, P.O. Box 1209,Fort Mill, SC 29716. Wolfe Funeral Home is assisting the family of Mary Warner Mack.
Published in Charlotte Observer on July 5, 2014