Dr. George Thomas Ealy MD PHD was a distinguished medical writer and professor. He earned his degree from Davidson College in 1971.

His love of medical science led him to UNCC where he earned a masters in biology in 1976. He then earned a PHD in microbiology and immunology and a MD degree at the University of Louisville. In the 1990s George focused on medical writing.

In Spring of 1994, George published an article in 19th Century Music (by the Regents of University of California) titled “Of Ear Trumpets and Resonance Plate”. The article presented proof that Beethoven could hear with ear trumpets. George spent years researching the old medical archives on Beethoven. This article has been referenced in universities world wide and is required reading in courses at Princeton University.

For the last decade, George has been a distinguished microbiology professor at Keiser University in Jacksonville, Florida. He was commissioned and completed a microbiology text book for nursing students for the Pearson Textbook Company. Then followed with a renowned text book on the treatment and care of Ebola patients.

He lost his battle with cancer on June 25, 2017. George was the son of Thomas C. and Garnice Knight Ealy of Charlotte (now deceased).

George is survived by his wife Roxanne of Jacksonville, FL, his brother W. Carl Ealy of Charlotte, his cousins Barbara Whitley of Madison, GA and Joanne Denny of Milton, FL. 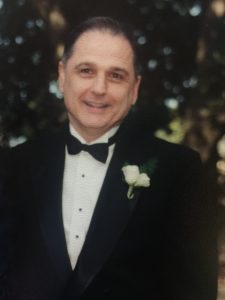 William Harold Morris, Jr. was born on June 30, 1934, in Gastonia, N.C. and passed away on June 6, 2017. He was preceded in death by his parents, William Harold, Sr., and Margaret Lewis Morris. His brother, Robert, survives.

While his grandfather served in the N.C. Legislature (both in the House and the Senate), Bill served 2 terms as a page, one year as Chief Page. He would go to school on Monday, pick up his assignments for the week, and leave for Raleigh with his grandfather. Bill rarely saw his grandfather, so he would complete his school work on the first day, complete his page duties and return home to Charlotte, turn his assignments in on Friday and start the process all over again on Monday. This would go on for several months, but he always managed to achieve outstanding grades!

He attended Harding High School and enjoyed playing football (becoming Charlotte’s leading scorer his senior year, despite never having played the sport until his junior year) and baseball. Bill always loved all sports, but enjoyed baseball the most.

He was greatly influenced by his uncle, Buddy Lewis, who played in the major leagues for 13 years and was a two-time All Star, despite having his career interrupted by World War II and his stint as a pilot flying over 500 missions in the China Burma India Theater and receiving the Distinguished Flying Cross.

Bill received his undergraduate degree from Davidson College, with honors, where he played football two years and baseball 4 years, serving as a tri-captain his senior year. <
He was also a member of Sigma Chi fraternity. Bill received his medical degree from the University of North Carolina School of Medicine at Chapel Hill in 1960, where he was named to Alpha Omega Alpha, medicine’s highest honorary.

While in Chapel Hill he also tried to revive interest in the graduate intramural program, achieving some amazing results for the medical school. Internship and residency years were spent at Johns Hopkins Hospital in Baltimore, MD. His love of pediatrics and of children only intensified during this time; and he made the decision that private practice would be his future, not academic medicine.

Having made the private practice decision, Bill entered the Army as a Captain. The Vietnam war was in full swing; and Bill was assigned to Ft. Rucker, AL, to establish the Department of Pediatrics. Ft. Rucker was the base for training helicopter pilots who would be sent to fight the war in Vietnam.

At one time it was named the busiest airport in the world. The worst part of Bill’s assignment was the casualty lists which so often contained the names of his patients’ fathers. At the conclusion of his service, he was commended for his dedication and his service to the children of Ft. Rucker. The Hammond Clinic was Bill’s final professional destination.

Parents had his permission to start calling him between 6:00 a.m. and 7:00 a.m. if they had concerns about a sick child whom he had seen or a brittle diabetic who might need to be regulated. He wanted to be sure that his patients received the care and attention that they deserved.

Upon his retirement on January 1, 1999, Bill was able to enjoy some of his passions- crosswords puzzles, music, reading, all sports, but especially baseball, English mysteries, his dogs- “Ditka” and “Brick”, travel and travelogues.

Throughout his life, his family always came first. He tried very hard to make his children’s swim meets, baseball games, tennis matches, basketball games, etc. He also enjoyed coaching his sons’ baseball teams, going out to play them in tennis matches or serving as Commissioner of the Munster Babe Ruth 13 year old league. He simply enjoyed the sports environment- the friends and coaches, the players, the rituals, the interaction with other teams and their players.

He will be sorely missed. Upon Bill’s retirement on January 1, 1999, Governor Frank O’Bannon awarded him the Sagamore of the Wabash Award, Indiana’s highest award to be given to a citizen.

In lieu of flowers, please consider a donation to the Humane Society, 421 45th St. Munster, IN 46321, Westminster Presbyterian Church, 8955 Columbia Ave., Munster, IN or a charity of your choice