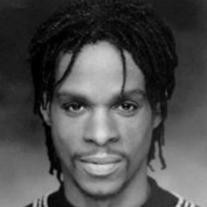 Holman was a member of the Obama National Arts Policy Committee during the presidential campaign. He was a former writing consultant for the New York City Department of Education, and a former writing tutor at the College of New Rochelle, N.Y.

He also taught at Baruch College in New York and at Davidson as an apprentice teacher. Holman hails from Davidson, where he majored in political science, serving as the first minority freshman and sophomore class presidents.

As a teaching artist, he developed poetry writing workshops for grade school students and adults, including a writing workshop with the theme of creating community and racial harmony.

He trained school teachers how to incorporate poetry into their lesson plans. Holman is the author of several poems which have appeared in literary journals.

His most recent collection of poetry is The Universal Solvent, which may now be ordered on Amazon. Holman was a former CORO Public Policy fellow, HUD Community Development fellow, and Institute of Political Leadership fellow.

His current activities included: N.C. Governor’s School Foundation Board, life coach, Golden LEAF Scholars Program/Center for Creative Development, and a board member of the Winston-Salem Writers.

Kenneth R. Jaegers, Jr. ’85, of Louisville, Ky., passed away on April 16 after an illness. He was 48. Jaegers was born in Vicenza, Italy, to Patricia B. Jaegers and Kenneth R. Jaegers, Sr., M.D. He grew up in Louisville, where he was an Eagle Scout. He was a graduate of Davidson and the University of Louisville School of Medicine. He pursued his residency in ophthalmology at the Wills Eye Hospital in Philadelphia, Pa., where he was chief resident. He then did a fellowship in vitreoretinal surgery at Wills Eye Hospital, after which he returned to Louisville in 2000 and entered practice with his father, retiring in 2007. Jaegers had a brilliant and contemplative mind, and an exemplary and comforting bedside manner. He was on an unending quest for knowledge and understanding, and he loved to travel. During the past 20 years, he made frequent visits to Kerala, India, where he opened an eye clinic, treated patients, and explored Indian culture. He was blessed to visit Anandashram in Kerala, and to meet and know Swami Satchidananda. He was also blessed to marry the love of his life, Radha, in 2005. He was loved and respected by his patients, colleagues, friends, and family, and he will be missed by all who ever knew him. He is survived by his wife, Radha Jaegers, 10513 Rile Rd., Louisville, KY 40223-3674, parents, and brother, Eric.

Mark E. Steiner ’85, of Lewes, Del., passed away Nov. 20, in his home. Mark was born Mar. 5, 1963, in Cambridge, Mass., son of Edward J. and Marjorie Wright Steiner. He graduated from Milford High School, Davidson College, and Villanova Law School. Mark worked as an attorney for Duane, Morris, and Hecksher in Wilmington, his family’s business in Milford, Moore and Rutt in Georgetown, and as a public defender in Sussex County. After declining health issues rendered him unable to commit to employment, he spent much time on Lewes beaches, on his phone talking to a wide assortment of friends, and on his computer trying to figure out the vagaries of the stock market. He also had a great interest in Sussex County politics. He was a member of Avenue United Methodist Church, Milford, and had been active in the Sussex County chapter of the American Heart Association. He is survived by a daughter, Anna Kathleen Steiner of Lewes; his ex-wife, Paula Ryan of Lewes; his parents, Edward J. and Marjorie Steiner, 24 S. Horseshoe Dr., Milford, Del. 19963-2124; two sisters, The Rev. Dr. Sandra Steiner Ball (Barry) of Milford, and Karen Steiner ’87 (Anand Bahl) of Kennesaw, Ga.; and two nieces, Sarah Ball and Becky Ball of Milford.