Richard C. Fugate, 62, died unexpectedly of cardiac arrest at his home on July 10, 2013. Rick had a wonderful sense of humor, a deep curiosity about a wide range of subjects, and a true gentleness of spirit, and was deeply beloved by his family and friends. Born in Alexandria, Virginia, Rick graduated from Davidson College and received his law degree from the University of Virginia, where he was on the Law Review. He practiced law in Los Angeles for years before returning to Washington, DC.

Rick was a devoted member of the Church of the Saviour and deeply involved in its ministry at Potter’s House, a bookstore, art gallery and cafe providing a space for community members to connect in the diverse environment of the Adams-Morgan neighborhood. Rick is survived by his siblings, William L. Fugate, Barbara B. Fugate (Kazuo Yaginuma) and Elizabeth F. Fugate (Peter Kiers), his step-sister Lynn Holbein (Bruce), and their children. Rick’s parents, Barbara Brown Fugate and Wilbur L. Fugate, both predeceased him, as did his stepmother, Cornelia Fugate, and his beloved aunt, Frost Claiborne.

Contributions in Rick’s memory may be made to Potter’s House, 1658 Columbia Rd NW, Washington, DC 20009. 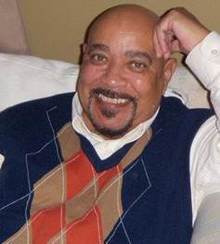 Mr. Lemuel Dumont Turner, Sr, 63, of Conyers, GA, originally from Statesville, passed away at Piedmont Hospital, Atlanta, GA. He was born in Iredell County, and was the son of the late Mitchell Turner and Martha Morrison Turner.

Lemuel Turner was formally married to Thelma Brawley Turner. He was preceded in death by two brothers, Stafford Turner and Perry Turner; a sister, Doris Turner.

Mr. Turner was a 1968 graduate of North Iredell High School. He received a Master of Science in Operations Management from the University of Arkansas in 1978, a second Masters degree in Logistics from the Air Force Institute of Technology at Wright Patterson Air Force Base in Dayton, OH in 1982; a degree in Business Management from the University of South Florida in 1975 and attended Davidson College in 1968.

“ Lem”, as he was affectionately called, served in the United States Air Force where he had a distinguished career in logistics management and retired after achieving the rank of Major. He was employed with the CDC, as the IT Project Manager.

Celebration of Life Services will be conducted Saturday, July 6, 2013, at 12:00 noon at Chestnut Grove Baptist Church. Reverend Robert Ramseur will officiate and burial will be Monday, July 8, 2013 at the National Cemetery, Salisbury, NC, at 11:00 am.

Mr. Turner will remain at Rutledge and Bigham Funeral Home until taken to the church to lie in state at 10:30 A.M., Saturday. Members of the family will receive friends at the church from 11:00 A. M. until 12:00 P. M., but will assemble at the residence of nephew, Ryan Turner, 699 Allen Creek Road, Statesville, at all other times.

Benjamin Rice Lacy IV ’72, 61, of Richmond, Va., passed away July 16, 2012. Born in Roanoke, Va., he was the son of Benjamin Rice Lacy III ’43 and the late Carolyn West Lacy. He graduated from Davidson in 1972 and from the T.C. Williams School of Law in 1975. Lacy was a practicing attorney with the law firm of Sands Anderson. He was an elder of River Road Presbyterian Church, a former board member of the Commonwealth Club, the Greater Richmond Bar Foundation, and a board member of the Central Virginia Chapter of the Juvenile Diabetes Research Foundation. Lacy was a past president of No, Inc. Investment Club. He is survived by his wife, Sandra Schute Lacy, 105 Gun Club Rd., Richmond, VA 23221; his son, Benjamin Rice Lacy V ’94; his daughter, Carolyn Lacy Brackett (Alex); three grandchildren, Abigail Lacy, and Jones and Ben Brackett; his father, Benjamin Rice Lacy III; and sister, Emily Lacy Nashner.

Howard Joseph Ramagli, Jr. ’72, 61, of Lynchburg, Va., born May 25, 1950, died June 14 after a lengthy battle with cancer. Ramagli worked at Lynchburg College as director of information services and technology for the last 10 years. In 1972, he received a B.A. in psychology from Davidson.

He was active in theater, a DJ at the college radio station, and a sound engineer and technical director of his student union. Ramagli also received a master’s degree in education from Harvard in June 1974. Ramagli then traveled to Gainesville, Fla., to pursue his Ph.D. in educational psychology.

While in Gainesville, he also hosted a television show at WUFT, served as vice president of the Gainesville Little Theater, and worked on a master of fine arts in acting and directing.

Ramagli received his Ph.D. in 1979 and his M.F.A. in 1980 from the University of Florida. In his professional life, Ramagli was always at the forefront of research on the educational use of technological advancements, presenting and publishing many papers on the topic.

He never lost his love or practice of theater, continuing as an accomplished actor and director in community theaters wherever he lived, including Lynchburg, Va.

He was the son of the late Howard J. Ramagli, Sr. and the late Lois E. Ramagli.

Bryan John Adrian passed on February 28, 2010. No additional information is available at this time.