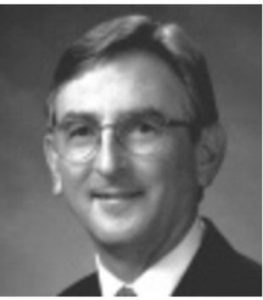 Richard Reaves Louthan, 67, of Jupiter, Fla., passed away on Sunday, March 26, after a courageous battle against Benson’s syndrome.

Reaves was the son of Marilyn Reaves Louthan and the late Frank Garrett Louthan Jr. He was born in Richmond, Va. on August 8, 1949.

Reaves married Noreen Frances O’Malley in New York prior to their returning to Richmond.

Prior to retiring in 2013, Reaves worked for Woodfin Oil for over 20 years. His personal and professional relationships with John, Jack and the many Woodfin associates were endearing to him.

Like his father and grandfather, Reaves was an active member and President of the Kiwanis Club of Richmond, supporting numerous community projects and living the Kiwanis ideals.

He was active with Darden Alumni in the Richmond area and was a long-time manager for the First Presbyterian softball team.

Reaves is survived by his wife, Noreen; his children, son, Garrett Louthan (wife, Jennifer Louthan) and daughter, Molly Louthan; and grandchildren, Zoey and Ezra. He is also survived by his mother, Marilyn Reaves Louthan; and siblings, Frank Louthan, Lynn Slabaugh, Chip Louthan and Robert Louthan. Reaves loved golf and sports, and dancing, most of all.

There will be a memorial service at First Presbyterian Church on Saturday, April 8, at 11 a.m.

In lieu of flowers, memorial contributions may be made to the Alzheimer’s Association of Southeast Florida, 3323 W. Commercial Boulevard, Suite 260, Fort Lauderdale, Fla. 33309.

J. Timothy McCaulay, 66, of Fort Wayne, passed away on Friday, Feb. 5, 2016, at Visiting Nurse and Hospice Home. He was the son of the late John McCaulay and Beth Ann Ball.

He was awarded Indiana District Ten Little League Hometown Hero and named to the Half-Century Team. He received the Fort Wayne Jaycees Distinguished Service Award in1984 and was made a Sagamore of the Wabash in 2016.

He was preceded in death by his father, John McCaulay; and his first wife, Janet Olofson McCaulay. 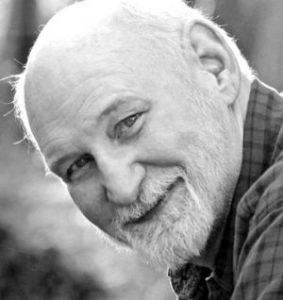 Franklin Edward Rader died peacefully at his home in Mooresville Monday, May 18, 2015. Born in Newton Jan. 7, 1949, Frank was the eldest son of the late William Woodrow Rader and Lura Abernethy Rader.

Frank was a devoted uncle to his nephews, John and David Rader and Charles and Robert Lena; and his niece, Mary Frances Lena. A 1967 graduate of Mooresville High School, Frank received his BA degree in history from Davidson College in 1971.

He taught history and coached football and wrestling at high schools in Raleigh and Canton for several years before joining Smith Barney as a stockbroker, retiring early to dedicate his time in service to the organizations and institutions he loved most: USA Wrestling, the Sigma Phi Epsilon fraternity, the Boy Scouts of America, the Town of Mooresville, the Mooresville Graded School District, and First Presbyterian Church. Always grateful to the people and the community that shaped him, Frank never hesitated to give generously his time, resources and unique talents.

He was a creative visionary who constantly sought to leave the world a little better than he found it. Not only was he at home in the board room, he also enjoyed tutoring elementary school children in arithmetic, serving in the church nursery and preparing tailgate suppers before home football games.

He loved engaging in debates on many topics and was famous for answering a question with a question, thereby moving the discussion to a deeper level. Frank’s character and convictions were a reflection of his Christian faith. He viewed his life and family as a blessing and always tried to live a life honoring his Creator.

A state champion wrestler in high school, Frank served in numerous key roles with USA Wrestling, both on a national and state level. The organization describes Frank as epitomizing someone who lived with a servant’s heart, always willing to pitch in and help others and helping to build the sport on the local, regional, national and international levels. He was an inductee to the North Carolina Wrestling Hall of Fame and held leadership positions on the wrestling staff in the 1996 and 1984 Olympic Games.

Frank was recipient of the Sigma Phi Epsilon fraternity’s highest honor, the Order of the Golden Heart, given by the national board of directors in recognition of his constant, faithful and distinguished service to his brothers and the fraternity. He enjoyed serving as the alumni advisor for the Davidson College chapter for many years. Frank was unflagging in his efforts to promote the highest academic, moral and ethical standards within this organization.

Frank was elected to one term as town commissioner in 2005. Following his term of office, his interest in local government remained keen, and he often attended town and county board meetings and budget sessions.

In addition to his passion for Mooresville, Frank was also a staunch advocate of the public schools, volunteering in the Mooresville Graded School District and helping to lead last year’s successful countywide campaign for $131 million in education bonds.

A funeral service will be held Friday, May 22, at 1 p.m., at First Presbyterian Church, 249 West McLelland Avenue in Mooresville, followed by the burial at Glenwood Cemetery. Pastor David Rockness will officiate.

The family will receive friends Thursday, May 21, frp, 6 to 8 p.m., at Cavin-Cook Funeral Home, 494 East Plaza Dr. in Mooresville. 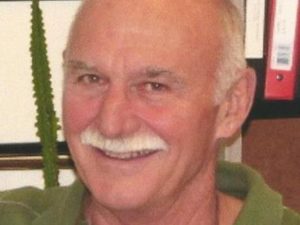 C. Michael (Mike) Elliott departed this world abruptly on July 2, leaving a huge hole in the universe. Professor of chemistry by occupation, Mike was also a loving husband, extraordinary friend, and mentor.

Mike never did things in a small way. He burst into life on August 1, 1949, and began a journey of accomplishment. His bachelor of science in 1971 from Davidson College in North Carolina, was followed with a Ph.D. in 1975 from the University of North Carolina, Chapel Hill. He completed his postdoctoral work at Stanford University under JP Collman, and was an Assistant Professor of Chemistry at the University of Vermont Burlington prior to joining Colorado State University in 1981. He served as the chemistry department chair from 1999 to 2003 and was the CSU Co-Director for the Colorado Renewable Energy Collaboratory, Center for Revolutionary Solar Photoconversion since 2008. His contributions to the literature in his field span close to 40 years, covering a variety of topics, most notably in the area of materials for solar energy applications. He also held U.S. and international patents on the novel materials he developed.

After coming to Fort Collins, he met Elizabeth Elliott in 1982 and married his first and only true love in 1984. They celebrated their 30 year anniversary just before his passing. But that’s only part of the story. His friendships spanned decades and especially notable was his continued relationship with a loyal group of beach friends from Davidson College. He loved his family, his job, his students, his gardening, his cats, the cabin, his friends and most of all, his Elizabeth, who took his life from black and white to Technicolor.

Mike loved spending time with students, and through his contributions to student education, he graduated over 30 Ph.D. and M.S. students and mentored countless others, including undergraduate research students as well as high school students who often spent time in Mike’s labs. He was well known for spending countless hours in the lab, performing experiments of his own alongside his students. He was always willing to talk to anyone about their science or his. Virtually every member of the department sought Mike’s scientific guidance at some point or another. His amazing passion for teaching and research has been recognized by numerous distinctions and awards including American Association for the Advancement of Science Fellow, College of Natural Sciences Professor Laureate, Outstanding Science Mentor Award, National Academy of Science Inter-academy Exchange Fellow, and Phillips Petroleum Award for Excellence in Research and Teaching.

In addition to his many contributions to science, education and service, Mike was well known for his forthright and honest approach to all things in life. He was not one to suffer fools with grace and aplomb but, rather, would point out foolish behavior or thinking as quickly as he would supply “ly” to poorly used adverbs. His wry sense of humor, intense dedication and no-nonsense attitude endeared him to those around him. And then, of course, there was that talent with a potato cannon. Mike’s style belied his content. While he exhibited a gruff exterior, his internal make-up was built on kindness, a great ability to love and appreciate those around him.

He is survived by his wife, Elizabeth, who feels a great void with his passing. He also survived by his step-son, Trey Tanner (Jackie), grandsons Alex, D.J., and Nathan; and sister, Sally Sasser (Bill).

A memorial service will be held on 3:30 p.m., Friday, July 11th, in the Lory Student Centre Theatre with a reception to follow in the University Club.

In lieu of flowers, contributions can be made to the C. Michael Elliott Scholarship Fund on line at https://advancing.colostate.edu/CNS/CHEM/GIVE or with a check made out to the CSU Foundation, and mailed to P.O. Box 1870, Fort Collins, CO 80523-1870. In both cases be sure to list C. Michael Elliott Scholarship Fund in the memo lines. Donations can also be made in Mike’s name to Opera Fort Collins at P.O. Box 503, Fort Collins, CO 80522 or www.operafortcollins.org.

Parking instructions for Memorial Service: Please be aware there is construction in progress at the Lory Student Center. Additional directions are below. Parking: Parking is available at the 425 LOT on the South side or the 310/315 LOT on the North side of the Lory Student Center (LSC). Meters will need to be paid until 4:00pm in these lots so please bring change ($1.25) or Visa/MasterCard/Discover for the meter. Additional parking is available in the 412, 505 and 515 lot with no charge.

MAX Shuttle http://www.ridetransfort.com/max Stops at the corner of University and Mason. Head West on University and the LSC Theatre entrance will be on the North side of the walkway.

Charles “Drew” Ansley, aged 64, died Wednesday, January 15, at Memorial Mission Hospital after a long illness. Drew was an alumnus of Tallulah Falls School and Davidson College. A former Vice President of Marketing for Beacon Manufacturing, a real estate broker, and independent businessman, Drew was proudest of his work as a foster parent for many years. He was a charitable, joyful man with great compassion and dedication to his Christian faith.

He was preceded in death by his father, Charles Coke Ansley; his grandmother, Caroline Ansley Walbek; and is now survived by his mother, Ruth Drew Ansley; his uncle, Van Walbek; his sisters, Nanette Ansley Saunders, Caroline Ansley Gardner; and his 2 brothers, John Mark Ansley, and Peter Calvin Ansley.